As some of you know, I (and several fellow authors) ran into a snag with the release of our latest books last year. Our publisher experienced some severe health issues which halted production. Fortunately, a good friend who happens to be a fellow author and publisher, Mike Orenduff, offered to publish the books that our publisher had slated for 2016 publication. So, consider me fashionably late, but I can promise you….

“A Summer to Remember”!

It’s been a memorable year at the Black Horse Campground. But someone wants certain things forgotten….

After Bonney Police detective J.D. Wilder wraps up three cold-case murders, believing that the murderer was his former partner, he tries to focus on his personal life in his new hometown and his budding relationship with Corrie Black, owner of the Black Horse Campground.

When he receives information that proves his former partner wasn’t the murderer, the case is reopened with the knowledge and urgency that the killer is poised to strike again. But who held a grudge against the three cold-case victims… and who is that person’s next target? With the help of Bonney County Sheriff Rick Sutton, J.D. probes the memories of several Bonney residents who knew the victims and begins to make connections.

Then another death occurs and, while J.D. and Rick are investigating, Corrie is attacked. The attacker and the cold-case murderer could be the same person, but Corrie’s condition is critical and she’s lost her memories of the entire previous year… including the identity of her attacker and even having met J.D. Will she survive long enough to remember what happened? Or will she end up as a memory and the murderer gets away once again?

Join Corrie Black and her friends as they investigate mysteries at their home and business in Bonney County, New Mexico 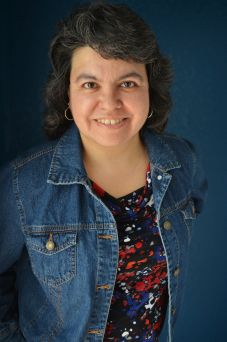 “End of the Road”–A mysterious biker shows up just before a long-time guest ends up dead in his RV with a large amount of money missing.

“No Lifeguard on Duty”–A young woman is found dead in the pool and someone is using the campground as a base for illegal activities.

“No Vacancy”–A guest is found dead in a cabin and long-lost family secrets begin to surface as the hunt for his murderer is on.

“At the Crossroad”–Three cold case murders and several unexpected visitors add up to one big mystery—and another death.