The Cabins At Bear Lake 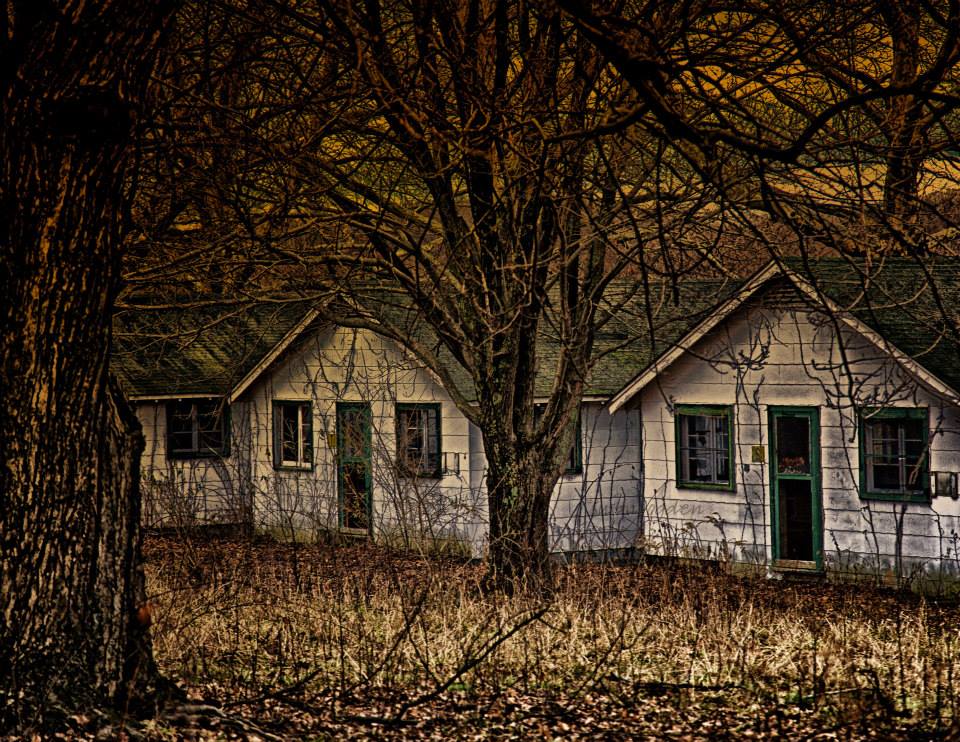 I pulled off the mountain road into the dirt driveway and shut the engine off. Sitting in my car, I stared at the row of cabins in front of me while faded memories from my childhood changed from lifeless gray to brilliant color. The row of ten cottages seemed smaller now that I was grown. Back in the sixties, each cabin seemed like a cozy little house. I loved exploring the area around Bear Lake Resort. The dark blue waters of the lake behind the quiet getaway attracted an array of vacationers and outdoor types.

My best friend, Jill Baker, and I were inseparable in those days. She lived with her mom, Trudy, in a rental just down the road from our farm. We rode the same school bus each day and hung out together after. Jill’s father had run off with some “floozy,” as Trudy liked to call the woman. Jill’s mom worked as a maid at the cabins, barely earning enough to keep herself and Jill in food and clothing. But the Bakers were fortunate in that the resort was less than a mile from where they lived. Whenever their beat up Rambler wouldn’t start, Trudy walked to work.

Jill and I turned sixteen during the summer of 1967. Mom held a party for us at our house since she knew Trudy couldn’t afford one for Jill. Our friends from school brought their favorite Beatles albums, and I played my 45s on my new portable record player. Dad set up some tables and chairs in the barn and we danced and sang until eleven that night.

Bobby Thomas showed up with his long hair. Dad said it looked like a mop. He so resembled Paul McCartney that he was in demand as a dance partner most of the night. I was only able to dance with him once, but Jill seemed to be his partner almost every other song. “Betsy, he’s so dreamy,” she said. We were both beginning to more than notice boys. However, Jill seemed much more curious than I, and somehow managed to get her hands on some steamy adult novels. I remember sneaking up to our hayloft in the barn and listening to Jill as she read excerpts from Tropic of Cancer. I didn’t completely understand what was going on in the story, but I couldn’t get enough of it.

One night after dinner, Jill was over and we were feeding the feral cats that lived in our barn. “Betsy, don’t feed those damn things,” my dad said, “they’ll lose their appetite for mice.” But there had been a litter of kittens born recently and we thought they were just the cutest things. We snuck a small saucer of milk out to the barn and fed it to the kitties. Afterward, Jill turned to me. “I’m sneaking off to the cabins tonight, want to come with?”

“I was over there yesterday waiting for mom to finish cleaning and I wound up talking with a couple of guys that were renting one of the cabins. They’re nineteen, drive motorcycles, and have beards.”

Jill frowned. “So? So they’re cool and they said to come over tonight—they have some marijuana and something else to share. . . like DSL or something. Anyway, it’s supposed to be the greatest feeling—like a rocket to the moon! C’mon, Betsy, I don’t want to go alone.”

I thought about it and wondered about how much trouble I would be in if I got caught. My blouse starting sticking to my back as sweat oozed from my pores. “Uh, okay, I’ll meet you at your house after ten. But I’m just there to talk. No drugs.”

By ten o’clock my father had been in bed for a couple of hours, and I heard mom turn off the radio and close the bedroom door. I gave it a few minutes and crept like a barn cat out the back door, making sure I eased the screen door shut so it wouldn’t bang against the frame. Minutes later I saw Jill waiting by her mailbox. “I must be crazy,” I said. “Are you sure this is safe?”

“Yeah, I told you I talked with them. They’re the coolest, man.”

Fifteen minutes later we knocked on the cabin door where they were staying. The door opened and a thin blonde haired guy wearing a dirty white undershirt stared at us with glazed eyes. “What?”

“It’s me, Jill. Remember, we talked yesterday?—you said to come over.”

He seemed to stare through us while he stroked his beard. “Oh, yeah, hey man, sorry. C’mon in.”

Jill beamed and grabbed my hand, pulling me with her. “This is my friend, Betsy.”

“Cool.” He went to the ashtray on a nearby table and picked up a burning cigarette. Inhaling deeply, he held his breath for what seemed like forever before blowing out the smoke.

We spotted an empty wicker chair and squeezed into it together. Someone else was lying on the couch, shirtless, smoking a hand rolled cigarette. The room was filled with smoke and a small transistor radio played “Purple Haze.”

“Hey, you chicks wanna get high?” asked the man.

“Sure,” Jill blurted out.

The blonde one nodded and handed the partially smoked cigarette to Jill. “Here, take a hit.”

Jill put it to her lips and inhaled. The red tip glowed like lava as she drew in and held her breath while handing it back to the man. Suddenly she bent over and began coughing, expelling the smoke in a massive cloud.

The shirtless one on the couch laughed. “That bitch ain’t no pot smoker, Jimmy. Gimme that joint and let her try some acid.”

Pulling a pill from his too tight jeans, the man handed it to her. “Some Orange Sunshine for you, baby.”

Jill looked at me. I shook my head, but she ignored my unspoken warning. “Got something to wash it down with?”

Jimmy grabbed a bottle of Black Label and gave it to her. “This’ll work.”

As she took the pill and washed it down with the beer, I remember “Light My Fire” by The Doors began playing on the radio. Jimmy began gyrating to it as he lit a fresh joint. I stood and moved toward the door. “Jill, we should probably go.”

Quickly sitting in the spot I had vacated, Jimmy squeezed next to Jill and began stroking her hair. “Have another drink, baby, we’re just gettin’ started.”

She took another drink from the bottle. “I think I’ll stay and listen to some music. I’ll see you tomorrow.”

As I tried to decide what to do, I felt drips of perspiration roll down my ribs. I always sweat profusely when I’m stressed. My mom said it’s God’s way of telling me I’m making the wrong choice. Against my better judgment, I opened the door and stepped out. But before closing it I took one last look at Jill. “Come with me.”

She shook her head. I closed the door and breathed in the fresh mountain air. I worried about Jill as I walked home and sneaked back into the house. I tossed and turned that night, wondering if I had made the right decision to leave without my friend.

The next morning, the bus didn’t stop for Jill at her mailbox—she wasn’t out waiting. I watched as we drove by and thought I saw a police car down the long winding drive to the Baker house. Sometime during my third period class the principal came to get me. She brought me to the office where my parents and a deputy sheriff were waiting to talk to me.

Getting out of my car, I walked over to the now vacant dilapidated cabins. I went to the one we had visited that awful night. The screen door was missing one hinge and hung off to the side. Someone had stolen the hardware and knob from the cabin door. I nudged it open with my foot and stepped inside. Even after all these years I could still smell the smoke that permeated the room that night. I closed my eyes and saw the two men and Jill, innocent and naïve little Jill, and cursed myself for having left without her.

The sheriff said she’d died of a drug overdose, probably LSD. They’d arrested a suspect trying to flee the cabin area on a motorcycle. He had LSD in his possession. Two years later I left for college and after graduation found a job in a nearby town. I tried to leave Bear Lake Resort behind, tried to erase it from my memory, but that line of cabins still haunts me to this day. I walked out of the cabin, my blouse sticking to my back. It was a poor choice to return to Bear Lake.

Award-winning author and freelance writer. Published ten books in addition to almost 200 articles, short stories, and poetry. Writing professionally since retiring from the FBI in 2004.

4 thoughts on “The Cabins At Bear Lake”